Differences between US and Japan of Disney+.

Disney+ was launched in November 2019 in the U.S., and in June 2020 in Japan. You can watch not only Disney movies, but also Pixar, Marvel, Star Wars, and National Geographic movies, and the number of paying members has now surpassed a whopping 100 million worldwide!

It’s not enough for those who want to watch on 4K large screen TVs or 5.1ch audio systems. In the Japanese version, you can’t even enjoy Group-Watching feature with friends and family.

How to watch the US version of Disney+ from Japan

You can also use a VPN to access web services that have access restrictions based on country or region, since it makes your actual IP address private and acts as if you are connecting from a different IP address. There are both free and paid VPN apps available, but this article introduces the paid apps (because free VPN apps are useless for overseas video streaming).

Have you ever visited the US version of the Disney+ website from Japan?
Try typing the U.S. version of the site URL “https://www.disneyplus.com” into your browser.

The URL is also switched to “https://disneyplus.disney.co.jp/“.

This is because they knows from the IP address that you are accessing the site from Japan. 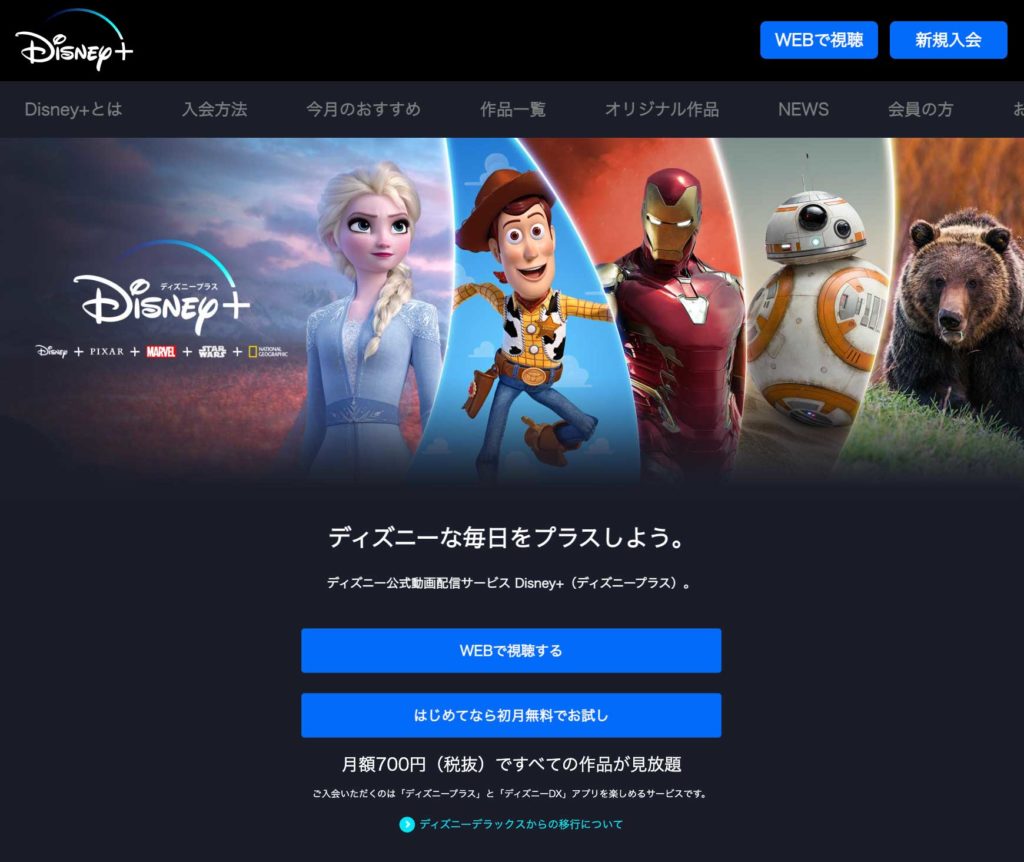 Connecting to the Japanese version of Disney Plus 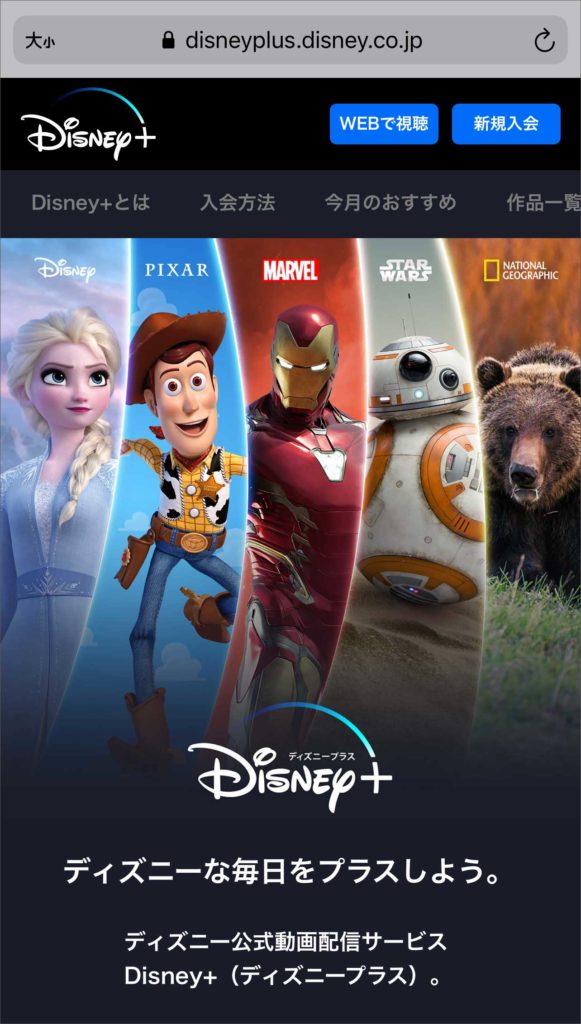 I’m connected to the Japanese version of Disney Plus.

If you can make it so that your access would be recognized as coming from within the US, you can access the US site even if you are in Japan. This problem can be easily solved by using a VPN app.

ExpressVPN is the No.1 VPN app in terms of performance and reliability, and the following article explains how to get and use it in detail. It’s a paid app, but it meets the requirements for ease of connection, speed, and safety at a high level. This is a standard app that allows you to watch streaming videos from overseas in a stable manner.

How to use ExpressVPN - Virtual Private Network
There are times when you want to use a foreign web service, but you can't because of access restrictions ... After making your selection, click the Connect button. In a few seconds, the message ” Connected” will be displayed. Without the VPN, automatically redirected to the Japanese site, but typed in the US site URL “https://www.disneyplus.com” in the same way, and this time, the US site was displayed thanks to the VPN! It’s so easy to connect! You can apply from this official page. But, you will see a blue button that says “GET THE DISNEY BUNDLE“. This is the “Disney Bundle” a package plan that allows you to watch three services (Disney+/Hulu/ESPN+) for $13.99/month. In fact, we are not able to provide the same level of service in terms of quality and functionality as we do in our home country, and Christine McCarthy, Disney’s CFO, stated at a conference in September 2020 that “we have a roadmap for full-scale service development outside of NTT DOCOMO” ( reference ).

How to apply for the US version of Disney+

Click on “Sign up for Disney+ only” to enter your email address. Check the box below it if you agree to receive future Disney+ related emails. When the following screen appears, set a password (at least 6 digits, including letters, numbers, and special characters). Click “Continue“. The following screen appears, and select whether you want to pay monthly or annually. The payment method is either credit card or PayPal, You probably not be able to see the annual plan option as shown above at first.
In that case, go to https://www.disneyplus.com/complete-purchase (see below) and click on the Disney+ only plan, and you will be taken to a
page where you can choose between monthly and yearly plans. 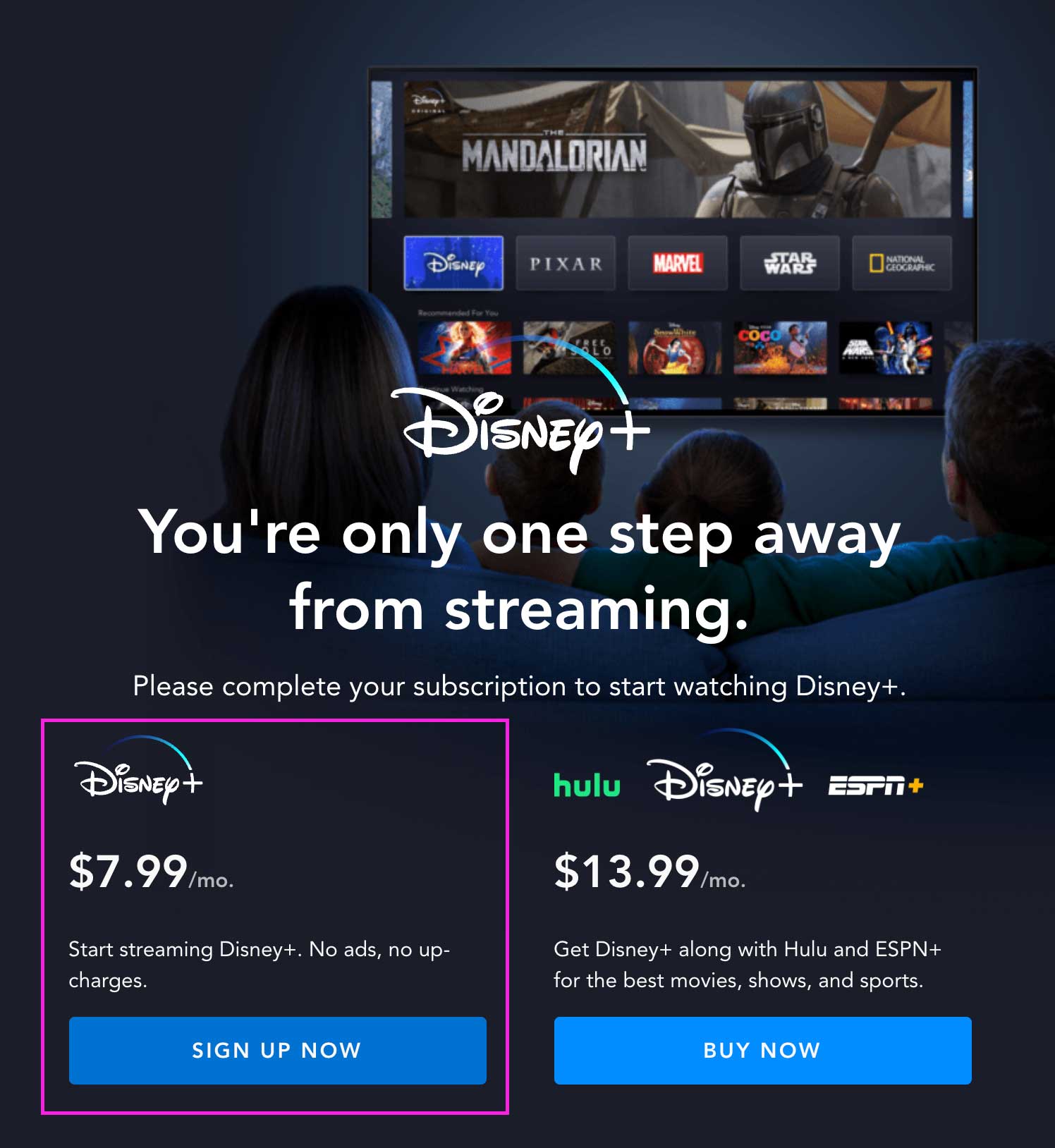 If you don’t see the annual plan option, go to this page.

When the payment is completed and the following screen appears, click on “START STYREAMING DISNEY+” and the top screen of DISNEY+ should appear! 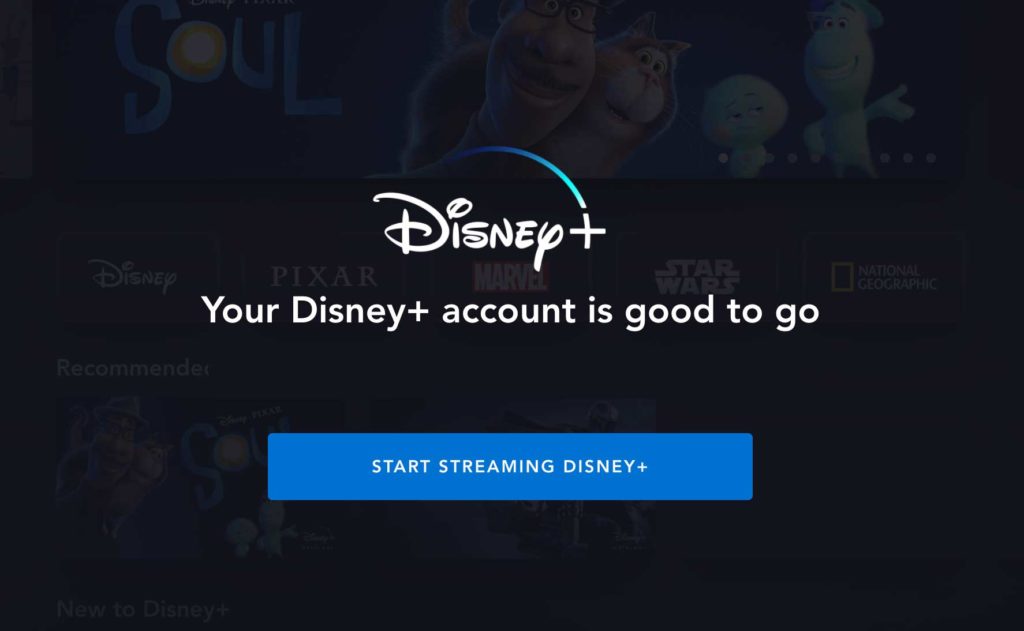 The top screen of the DISNEY+ service is now displayed. Now you can watch the US version of Disney+ on your Mac or PC. Let’s enjoy it to the fullest! Installing the U.S. version of the Disney+ app

Once you are able to watch the US version of Disney+ on your PC or Mac, you will want to do the same on your phone or tablet. With the mobile app, that you can download video data for offline playback. 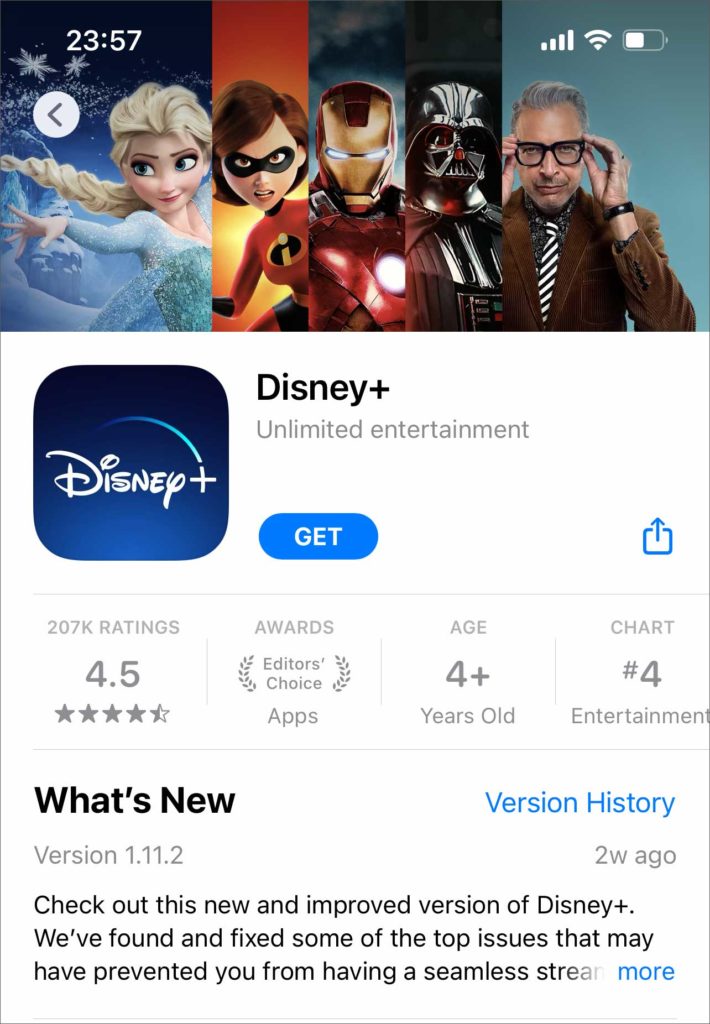 US version of the Disney+ app

The Disney+ app is a completely different app from the Japanese and American versions, but If you are logged in to the App Store with your US Apple ID, you will find the US version of the app without any problems..

When finish downloading the US Disney+ app, try launching the app once.

Normally, you will see the following message ” Not available in your region ” and the app will not be available from Japan. However, you can also use ExpressVPN. will display the login screen properly. All you have to do is log in with your registered email address and password.

If you can log in, you’ll see an app screen like this. The user interface is cool and exciting. You can also download videos, so you can enjoy them offline even when you don’t have Wi-Fi.

Now, if only I could watch the US version of Disney+ on your smart TV (Andriod TV) at home, it would be perfect. I’d like to explain about this in another article. 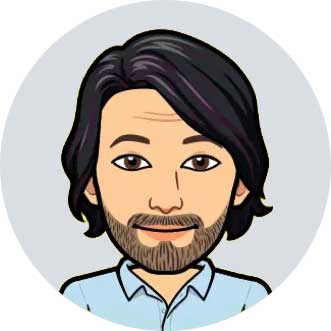